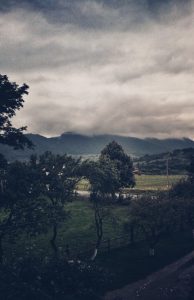 fotografie-PDV
There are mornings colder than the coldest
It’s the November that I feel inside,
Since I became only emotionless
And the only thing that’s left is to write.
I engraved lines on the cold stone
And I’ve waited for an answer for my own.
I let the whole sky on the glass
And the shards cut off my eyes.
But when I’ve spread my wings over fear,
I fell in the chasm that was near.
When you left,you took the key
You actually took a part of me.
And I no longer feel that I am myself
Instead, I am living like someone else.
I thought there was a song only for us
Like a secret that only we could understand
But it was like a drawing on the sand
That the wave that came made you forget.
That you’re happy-it’s what I saw
That you are living in another law.
With disappointment I didn’t wanted you to live,
But I don’t know if you ever believed.
People said that I should go on
And it’s a lot of time since you are gone.
But I hoped inside that you would come back
And that this was only just a crack.
Time proves what it is real
And the truth is that you aren’t here.
What people will never know
It’s that my love won’t be frozen-not even by snow.
It’s just closed in a numb soul.
-M